During November, the contributors focused on the last major upgrades for the year: arbitrary contract calls, live voting for liquidity pool incentives, and an interface for ICON Bridge. There have also been several governance votes, with more expected in December.

Here’s what the Balanced contributors accomplished in November:

Quality of life and code improvements

All Balanced development progress can be tracked in real-time by following our pull requests, open/closed issues, and commits in the Balanced Github repo.

Over the past week, voting has been open for two governance proposals.

Both proposals were submitted through the smart contracts while the app gets updated to support the new arbitrary contract call functionality.

Governance has so far been limited to specific actions defined in the smart contracts. Thanks to the work done on arbitrary contract calls, you can now call any method on any smart contract — including those unrelated to Balanced — which unlocks limitless governance opportunities.

If you’d like the DAO to pursue these ideas or want to suggest some of your own, start a discussion on the Balanced forum.

After ETH is approved as a collateral type, bnUSD will be backed by two cross-chain assets. But BTCB has had minimal adoption in the 2.5 months it’s been available to use as collateral, because cross-chain transfers still have too much friction.

To support Balanced’s cross-chain collateral types, the contributors are finalising an ICON Bridge interface so you can transfer assets without leaving the app. You can look forward to its appearance on the Trade page in the coming days.

Live voting is now live on the Vote page.

As a recap, live voting gives bBALN holders the ability to influence the amount of BALN that incentivises each liquidity pool, in order to attract more liquidity. You’ll be able to delegate bBALN voting power to your preferred liquidity pools, and adjust the amount every 10 days.

The liquidity pool incentives will be updated once a week to reflect the total bBALN allocated to each pool, starting from December 16 (UTC).

Initially, you can only vote for the 7 liquidity pools that already offer BALN incentives, but votes can be proposed to support additional liquidity pools, like BTCB/bnUSD and ETH/bnUSD. If there’s a pool you'd like to incentivise, start a proposal discussion on the Balanced forum.

However, 1.9 million BALN are still staked. If this includes some of yours, lock it up to hold voting power and earn a share of the network fees. View this tweet thread to get started, and learn more in the docs.

It's the second month in a row that Balanced has recorded an uptick, this time a 214% increase from the previous month.

This month’s roadmap design, Vortex, has been added to the collection of Balanced wallpapers.

The animated version has been added to the Balanced NFT collection on Craft.

If you’d like a chance to win the Vortex NFT, retweet the roadmap announcement on Twitter and tell the community what action(s) you’d like the DAO to propose with the new governance tools.

The winner will be announced 7 days after publishing.

During December, the contributors will finalise the interfaces for ICON Bridge and arbitrary contract calls, but will otherwise take some much-needed time away from new feature development.

If you have any questions or want to discuss these updates, start a discussion on the Balanced forum or in the Balanced Discord channel. 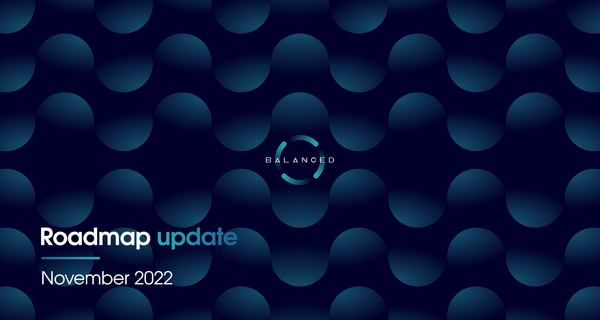 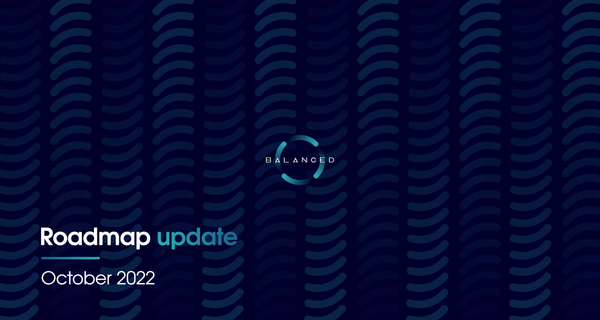 BTCB was approved as a collateral type, and work is ongoing for Boosted BALN and a custom UI for ICON Bridge.